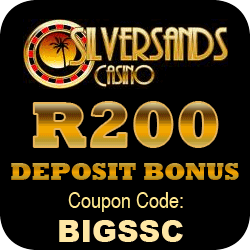 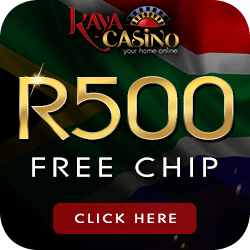 Ah, slot machines. Step inside any casino and it’s hard not to be drawn in by the flashing lights, ringing bells and serious fun to be had on these babies.

When you play, you’ll discover the unrivalled thrill that comes from putting your fate – and your cash – in the hands of Lady Luck. Whilst she’s not always the most generous of ladies (as plenty of not-so-lucky gamblers will tell you), catch her on a good day and you could be showered in some serious, life-changing moolah.

If you don’t believe us, just check out these stories relating some of the biggest slot machine wins of all time.

Designed by top gaming innovators IGT and boasting the largest progressive jackpot around, the aptly-named ‘Megabucks’ slot machine holds the title of ‘most-famous slot in the world’. Unsurprisingly, this game is responsible for some of the greatest pay-outs in Vegas history – including a record-breaking $39,710,826.36 windfall landed in 2003.

The prize was scooped up by a 25-year-old software engineer from Los Angles. The unsuspecting youngster had wandered into the Excalibur Casino to pass the time before a baseball game, when a quick $100 flutter transformed him into a freshly-made multi-millionaire.

The lucky chap opted to remain anonymous and receive his winnings in annual instalments. Who could say no to a guaranteed 7-figure cash injection in their bank account every year?

Situated in a prime position on the famous Vegas strip and fronted by its own volcano, The Mirage casino resort first opened its doors back in 1989. Elmer Sherwood, who at the time had been touring America with his wife, decided to pull up their camper van and witness the spectacular grand opening for himself.

He headed straight to the resort’s new selection of slot machines. Whilst the initial $100 he played with proved unsuccessful, he decided to give himself a final $20 bill to bet with. It turned out to be a decision well-made, helping him land a whopping $4.6 million.

The jackpot would have been more than enough to let the retired couple see out their golden years in comfort – but their good fortune didn’t stop there. 16 years on, at the ripe old age of 92, Sherwood thought it was about time to return to Vegas and indulge in some more slot machine fun.

This time, at the Cannery Casino & Hotel, the lucky oldie struck a $21 million jackpot! Most of this kind-hearted man’s second win was donated to charity, before he sadly passed away a year after.

It’s not just on the glitzy strip of Las Vegas that dreams of winning big come true. Online slots have been responsible for plenty of massive cash pay-outs. In fact, back in October 2015, ex-soldier Jon Heywood was spinning right from the comfort of his home when he won a cool £13,209,300.

This figure, as confirmed by Guinness World Records, stands as the largest single jackpot pay-out on an online slot machine ever. It smashes the previous eight-figure record, which was landed by a Finish player in 2013.

Heywood, who toured in Afghanistan, won the jackpot by betting just 25p on the popular 25-payline, safari-themed slot, ‘Mega Moolah’. Despite keeping his new fortune quiet for 3 days even returning to work the morning after the win occurred), Heywood eventually made the decision to go public.

When asked in an interview how he planned to spend the jackpot, he vowed not ‘to get too carried away’. However, as well as a family Mediterranean cruise, he did reveal plans for one over-indulgent purchase: a yellow Bentley Continental GT to replace his worn-out Fiat Punto.

Think you’ve got what it takes to win your own slot machine fortune?

You’ll find plenty of online slot titles to choose from both online and in real casinos across the country. But if you’re looking to strike the serious multi-million cash prizes, we have a tip for you: keep an eye out for the games which boast ‘progressive jackpots’. These are jackpot funds which get progressively bigger every time a player spins, waiting for the day when one lucky hopeful comes along and scopes the lot!