Here’s the thing: when it comes to gambling, there is no low risk bet that’s going to make you lots of money. It’s just the nature of the game, if the casino paid out Blackjack at 1:10, they’d probably be bankrupt in a month or two. Which is why, if you want to make the most money possible on a single bet, you need to look for things that have longer odds in order to get the maximum amount of profit! You might have a better chance of a win if you play a card game like Blackjack or Paddy Power Poker, but if you’re after one bet/one pay out, these games will turn your single bet into a big pile of chips pretty sharpish!

Craps is a great example of a game that’s as complex as you want it to be, while it’s easy to stick with placing bets on just pass/don’t pass, the pay out’s always going to be 1:1 so you’ll just get double your stake back. However, if you bet on a specific number landing, the odds are longer and as a result the pay-out increases! Since you have two dice, the least likely combination is going to be either a 2 or a 12 as there’s only one combination out of 36 possibilities that will make either the odds are 35:1. The pay-out for this is an impressive 30:1, so if your shooter manages to land on the number you need you’re going to see a healthy return! There are plenty of other bets you can place with great pay outs but the next numbers down 3 or 11 drops your expected pay out to 17:1 despite the odds being fairly comparable to the 2 or 12 choice.

Much like Craps, Roulette is as complicated as you want to make it. If you choose to bet only on red or black then your odds are near 50:50 depending on how many zero tiles the house has. But we’re looking for the big pay-outs, aren’t we? Much like Craps, specificity is the key to guaranteeing a heavy return on your bet. If you pick a single number then the odds are about 37:1 which also translates into a payment of 35:1. You’ll be making more than you would playing Craps but the odds are ever so slightly worse and if the wheel has two zero tiles then the difference becomes even more stark.

Keeping the trend, the longer the odds the bigger reward! If you’re playing on a slot’s game with 5 reels and 20 symbols per reel, the odds of hitting the jackpot (that is, all five reels show the symbol you want on one line) is approximately 1:3,200,000. But the pay-out will be whatever the jackpot is for the machine you’re on, if you’re playing on a progressive slot it could easily end up being several times the odds and land you a massive pay-out!

The odds aren’t exactly in your favour but like they say, go big or go home. 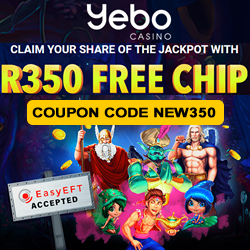 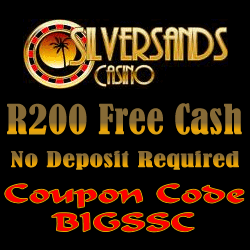